RE:Invent 2017 AWS Launched a new service called “Media Convert”. The intent was to be able to transcode videos and create thumbnails into popular formats for media and content providers.

One of the great features with this, is the ability to add multiple jobs and job types which you can then call using json or replicate from existing jobs to perform on demand tasks. Another advantage to this, is that you are able to create multiple outputs from a single file much like you would in a “Digital Asset Management System” or DAMS for short. Unlike the Transcoder service, Media Convert is a bit cheaper and supports more file formats than the Transcoder service.

Our client needed a way to take a video file uploaded and convert on the fly into multiple formats from an S3 bucket for input and an S3 bucket for output. In addition, they need a way to communicate with their app layer via an ASynchronous call to display the different video formats and the thumbnails when complete.

We were able to create and provide for them a fully functional, production ready system in just 2 days. We have provided some of the high level architectural flow below. This approach is great for those who want to create their own DAMS system for video on demand or as a backend transcoding processor. If your company or business needs help creating a media encoding, on-demand or CDN vehicle. Give us a call. 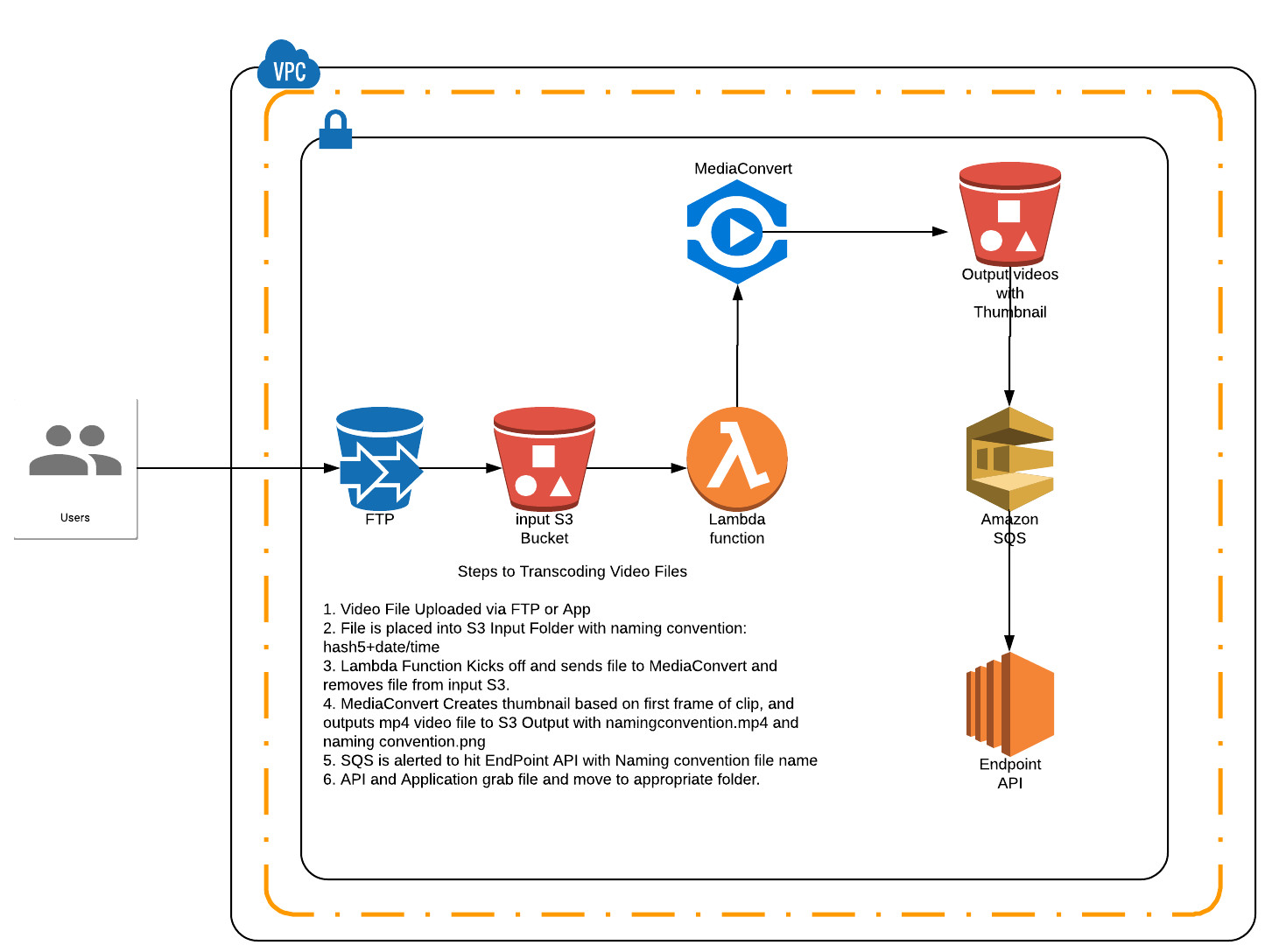